Starting from Scratch + A Life Update

Ok, so running has been a little ho hum for the past few days weeks. While I have not been running super hard, I have been doing very easy daily jogs and walks. I think that I’m at about 4-5 miles a day. However, I will admit most of these workouts have been “speed” walking. One of my 2022 goals was to run 2022km, but I think that I can still meet this goal if I run/jog/speed walk ~4 miles a day.

I think that I’m going to use this off time for the next couple of weeks to get my mind right before starting my training plan for NYC Marathon 2022. Right now, I think that I will officially start training for NYC Marathon on July 1, which will give me about four months to get ready for NYCM. Because I’m a nut and really want to hit the ground running (pun intended), I plan to run two races during my birthday weekend.

We have the LGBT Pride Run (4M; June 25, my birthday) and Achilles Hope & Possibility (4M; June 26). I think running a couple of races will get me back into racing and training mode. However, there is another reason for running these two races over the course of one weekend. As some may know, an easy way to run NYC Marathon is to run nine New York Road Runners (NYRR) sponsored races and volunteer for one race. I really need to start doing as many of these 9 races as possible because . . .

Kwablo (Kwame + Pablo; my and my husband’s names) is leaving the Big Apple. Yup, you read this correctly, we’re leaving NYC in about a month. Because of some family commitments, I think that life would be easier in Hampton Roads, VA (my hometown). While I have been in NYC physically, I really have been mentally and emotionally in VA for the past few months. Regarding NYRR’s 9+1 program for NYC Marathon 2023, I need to fit in as many races as I can before we leave in the middle of July. I wonder if I can run a race on the same day that will pack the moving truck? With these two races, I’ll have five out of nine races completed. Also, NYC M will count as one of the nine races so that will be six. Since I hope to be in NYC during marathon weekend, I could register for Abbot Dash to the Finish Line 5K, which is held the day before the marathon, which will bring me to seven out of the nine races. Now, I need to figure out how/when I will fit in the other two races. Perhaps, NYRR has some 9+1 virtual races . . . although I’m not a huge fan of paying for virtual races. Also, I guess we can come up to NYC for a runcation long weekend sometime between August and November and/or between November and December. After this year, I guess I will start running for charity if I plan on running future NYC Marathons.

Although it might be easier to deal with my family situation in VA, I will be honest and say that I’m going to miss the f*ck out of New York. Yes, I know that I have complained about NYC . . . A LOT over the past few months. Hey, it’s the city that we love to hate. This move will be tough because I’ve spent more time living in New York City than I have in my hometown. I pretty much left Va Beach in July 1998 for college and have not returned since except for the holidays. Come to think of it, this July 2nd will be my 20th anniversary in NYC. I hope that I’m ready for the drastic change of life (ie the fast pace of NYC to the slower pace of the Hampton Roads area in VA).

Questions of the Day:

-Any tips for planning a move across multiple states? I will be honest and admit that I’m a bit nervous about driving a UHaul truck from NY to VA because the last time I drove one was back in 2010. That voyage (Chelsea to Roosevelt Island, both in NYC) was about 45 – 60 minutes of driving. The plan is to pack the truck on Saturday and drive down first thing on Sunday morning (like leaving NYC around 4/5 am)

-How did you manage to integrate into a new city? I did mention that I grew up in the Hampton Roads area, but I have not lived there for about 24 years. Yes, I said my 20th NYC anniversary is in July, but I lived in New Orleans during my undergraduate years. While my family is in the Hampton Roads area, I know it’s really difficult to make new friends after the age of 30. Also, the LGBT+ community in Hampton Roads is not as vibrant as it is in NYC.

-What running or fitness goals have you set for yourself this summer? 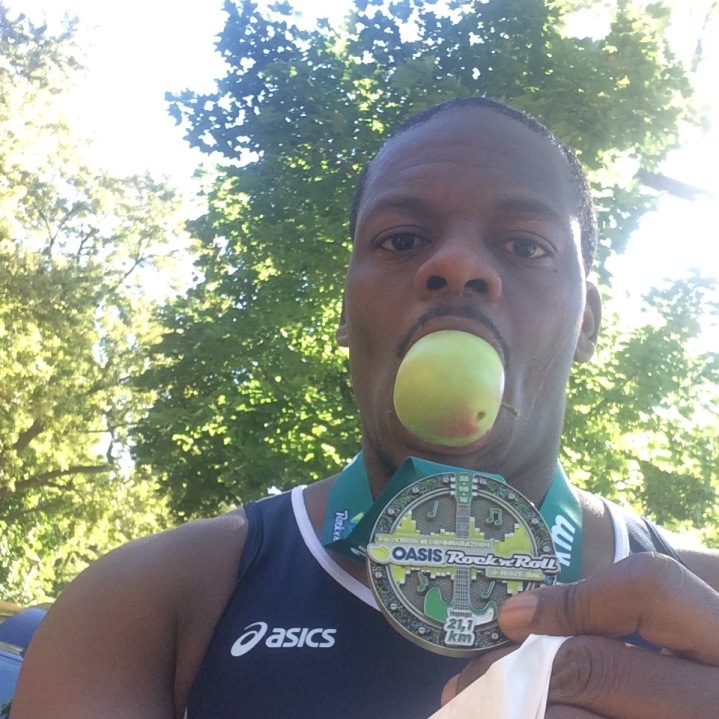